Top 5 Interesting Facts About the Sloth Did you know that the pygmy three-toed sloth is the slowest moving land mammal in the world? They move around two metres per minute! However, when swimming, they are capable of moving around three times faster. Their diet of leaves generates large amounts of gas in the sloth's stomach, helping to keep them buoyant. 2. Without sloths there would be no avocados

The extinct giant ground sloths were some of the only mammals that had digestive systems large enough to process the huge avocado seeds whole. They feasted on the fruit and then dispersed the seeds far and wide. 3. They poop a third of their body weight in one go

Sloths are famous for their bizarre bathroom habits. They will only relieve themselves once a week and can lose up to a third of their body weight in one sitting! Furthermore, they will only do it on the ground after wiggling around the base of a tree to dig a little hole. This weird weekly routine remains one of the biggest mysteries surrounding sloth behavior, as scientists are struggling to understand why sloths risk their lives to poop on the ground. 4. Sloths are three times stronger than us

Sloths are the undisputed pull-up world champions. From the moment they are born, sloths are able to lift their entire body weight upwards with just one arm. Not only that, but sloths are over three times stronger than the average human. Feel like going to the gym yet?

Sloths have a highly specialised muscle arrangement that can withstand the force of a jaguar trying to rip them from the tree. Specialised hands and feet lock into place, allowing them to hang upside down for long periods of time without wasting any energy. This unique locking mechanism is also how sloths are able to sleep while hanging from a tree branch. They have even been known to remain suspended upside down after death! 5. Sloths can fall 30 meters without injury

On average, a sloth will fall out of a tree once a week for its entire life. But don’t worry, all sloths are anatomically designed to fall and survive. In fact, sloths can fall from over 30 meters without injury! When two sloths fight over a female for mating, the aim is to knock the opposing sloth out of the tree.

When is International Sloth Day?

Every year, the International Sloth Day is on 20. October, whereas we celebrate these fascinating animals. Today, two of six sloth species are considered endangered, with the pygmy three-toed sloth considered critically endangered. Join us on 20. October to raise awareness of these beautiful and intriguing animals. 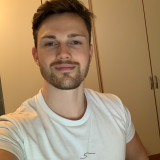 Founder of Oceanness. Enjoys the ocean, hanging out with friends, and exploring the world. Favorite ocean animal: Dolphins. 7 Exercises to Harness the Power of Positive Thinking

Positive thinking is important because it's beneficial for your physical and mental well-being. Try these 7 exercises to boost your mood and enter a positive state of mind. Much like the word “wanderlust”, travel bucket lists can feel a bit cheesy. But who cares? Let's find your next dream adventure! What is Ocean Plastic Pollution, and How Can We Prevent It?